Footsteps echoed in the darkness, becoming confused in the confined space of the old courtyard.

Strange shadows played on the ancient stonework, dancing shades caste from the dying glow of a much-repaired brazier. Doleful eyes stared from dank ginnels and dark stairways. Suddenly light and laughter spilled from an open flung door, briefly illuminating a timeworn sign hung above the lintel of the old building set some feet back from the square. Five feathers. No name, just five feathers.

A shadow-clad figure entered the sanctuary from the chill night, his breath hanging about him like a misty veil. Glancing about from the refuge of a voluminous hood, he made his way through the crowded isle to the bar, hidden beneath a wooden walkway upon which all manners of folk laughed, drank, sang and talked. Lusty bar-wenches threaded their way between table and groping hand, teasing with uncovered thigh and heaving bosom.

The newcomer leaned forward and spoke to the barkeeper in a voice barely audible above the clamor of the inn. The barman nodded and disappeared through a door hidden in the gloom at the back of the bar. Leaning casually against the bar, the cloaked man pushed back his cowl and surveyed the scene before him.

The vaulted hallway was lit by a score of smoking tallow candles raised on a great iron girandole, and numerous oil burning bronze nightlights. A thick, grimy, detail obscuring smog hung in the air. The walls, made of large granite blocks, were grime coated, bare of decoration and, with the exception of two barred and shuttered windows either side of the door, devoid of any vent or issue. Two wooden stairways ascended to the pile-supported walkway that snaked, crowdedly, around the place, giving vantage over the entire hallway. A cheer rose from a nearby table as dice clattered and coin changed hands. Ale flew in all directions from the gantry as a difference of opinions was voiced. Shouts of encouragement were lost in the tumultuous uproar as a brawl erupted on the arched balcony above the gamblers tables. An unfortunate toppled helplessly over the flimsy railings and crashed heavily onto a huckster's bench-board, sending coins and cards dancing across the flagstone floor. Folk deep in drink dived and scrambled to recover the unexpected windfall, spreading the confusion and upheaval to all corners of the bar.

The visitor turned as the barkeep reappeared from the back room. 'Just another night', he said and smiled, 'never changes, eh?' he took the package from the barman and made his way carefully into the night... 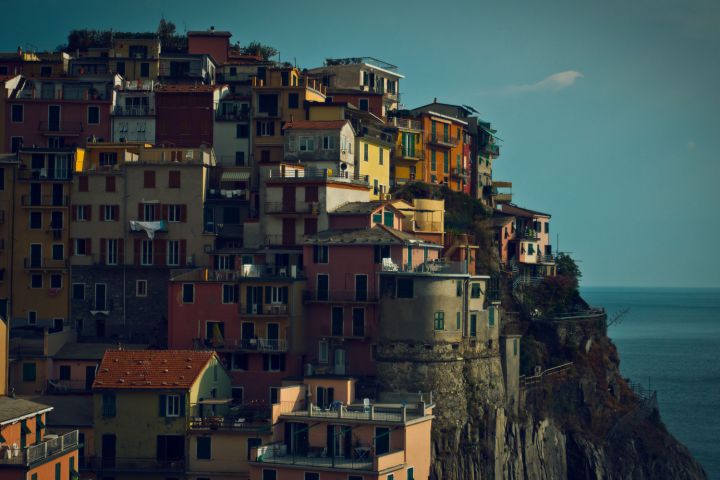 (description) The Scar. That dark cut between Solis and the Spur, all intertwined with bridges and pilings.
The Scar