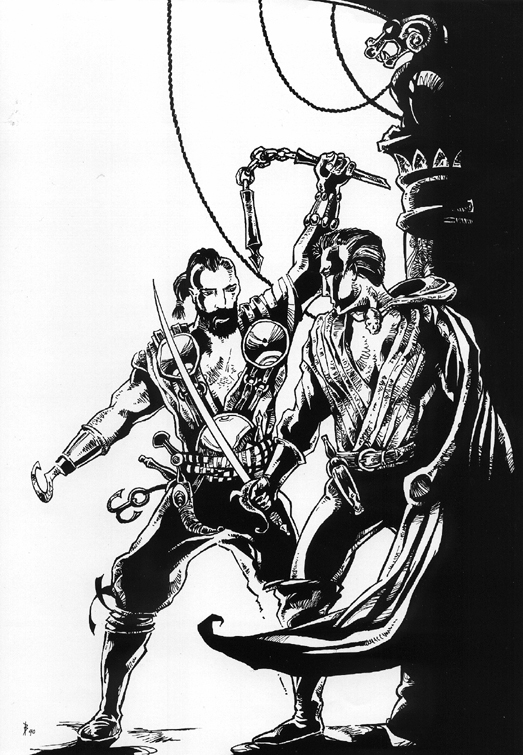 Walking the jetties and quays of South Dock alone, at night is akin to walking the plank - not a good idea at the best of times. But Foyle had no choice tonight. Down under the shadow of the Spur, where the Scar Bridge loomed above the dark water, was moored the Sea Dirge. A small, battered and decidedly unshipshape craft from Thanat, to the North. And on the Dirge, Foyle would find his sometime benefactor and patron waiting his audience.

Foyle had never liked working for the petty Thanat lordling who considered the world owed him a better living. But this subterfuge paid for board and lodging all around the Hinterlands, and so long as Foyle was useful, he would be paid. He knew that. So down to South Dock he would go, like it or not, without even a half moon to light the way.

"Lost, are we matey?" came a voice from the darkness that quickly formed into a bunch of ill smelling rough spoken sea-dogs. "Coz if thats the case, landboy, we'll take yer in!". The gang were spreading out now, all gold teeth and trinkets, cudgels in hand and mean looks in the eye. It didn't look good for Foyle at all.

With a lightning move, cold iron danced and was coloured crimson within an instant. One dog crumpled to the slick cobbles in a silent daze, another spun clutching his head with a wail and a curse as blood spattered the jerkin of the third. Another deft feint brought the fourth within easy reach. Foyle picked his spot. And then there was one. Foyle regarded him with disinterest.

"My thanks, friend, but I am not lost" he said coolly, wiping the remains of the fracas from his thin blade. "And if it is of no bother to you, I shall be on my way". His sword hissed as it entered its scabbard.

A popular hang out for the guardsmen and soldiery of the area​.
The Cellar Tavern 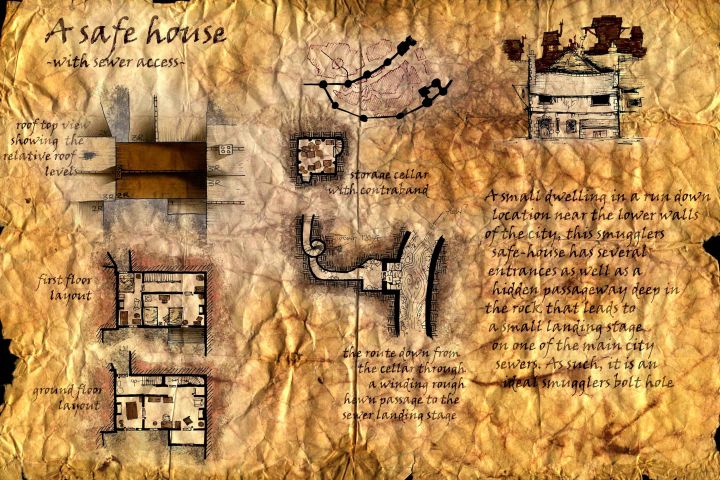