The movement of thick dark clouds over the moon played with the shadows that cloaked the streets of Solis.

There in the offal and human stench, the root of all evil (or at least the major branch), Shadows people played their games. Night after night the gears meshed, the cogs turned, the machinery oiled and running smoothly. But not these last nights, not recently.

Malice stood where no light could penetrate, watching the man before him, noting the most trivial of movements, watching for signs he was spotted. For hours he had followed this man though the filthy back streets and alleys, for hours he had plotted his demise. For days he had wondered who it was that gave out the secrets he so jealously guarded. Tonight he would find out. Soon he would know. The anticipation dried his mouth, made the hairs on his neck stand up, pulsed round his body like fire. He felt again the keen edge of the long thin misericord, soot blackened, as dark as the night and shadows he lived in, and focused again on his prey.

'You stupid fool Feyde, did you really think you could keep your little Guild sneak from me? No, fool, instead you have led me straight to him.' Malices' eyes narrowed. His tongue wetted his pursed lips and a smile of anticipation began to show. Feyde had stopped at the junction of two alleys, glanced around, then put one hand against the wall. He made water there, that must be the sign all was well. A second figure emerged from the depths of the alley, hooded, cautious, like a hunted animal. The two met.

'So Feyde, the traitor shows himself at last.' Malice mused to himself. Feyde, one of the rare breed of non Guild thief, had been doing very well for himself lately, much too well for a man working alone.

Now to work. Malice moved forward silently, up against the opposite alley wall edging along palm width by palm width. When only a man’s height separated them did he risk another look. Feyde was holding a parchment, tracing a line with a grubby finger, the other was speaking in low tones. Malice watched and listened, hardly able to hold himself back. Both of them, he would be rid of a traitor and an opponent at once. He steeled his jaw, hardly daring to breathe as the traitors quiet words reached his ears, condemning himself to a fate none would wish on even their enemies.

The deal done, coin changed hands and Feyde slunk off into the dark. A heart beat later, the traitor shuddered and dropped to his knees, four inches of bright steel protruding from his throat, fear and vomit rising in his chest. Perfectly delivered, it was not a killing strike, not yet, not swiftly and easily. ‘Oh no, never swiftly, never easily, not for traitors’ thought Malice

"Come, come little man don't be so frightened. Your death won't be so sudden!" The voice of Malice was cold and edged with venom. A strong hand reached forward and griped the hood covering the face. One jerk and the traitor was revealed. Ever the face of Malice was surprised. Sujekso died less swiftly than he would have prayed, an example must be made to the other Guild apprentices. ‘All in all a very satisfactory nights work’ 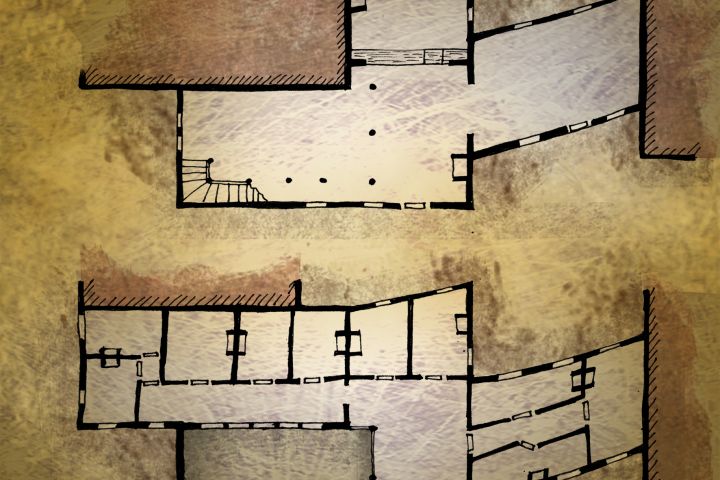 Usually the first place of call for a thirsty sailor, but many stay safe in their hammocks.
The High Seas Tavern